The Monday Knee Jerk Reaction: AFL Finals Week One - Titus O'Reily | Don’t have faith in yourself Skip to main content 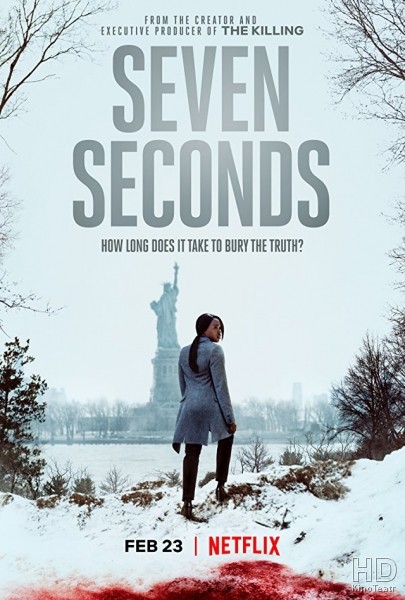 Footy is a passion, not some cold hearted, spread sheet dominated rational exercise.

On a Monday you want irrational reaction. You want emotion to trump reason.

What you really want is idiotic hysteria.

You’ve come to the right place.

So the Eagles learnt how hard it is to win in Perth.

It was one of the worst finals performances ever from an Eagles side and worst of all, Adam Simpson said he saw it coming.

It makes you wonder why he didn’t do something about it.

I guess it’s easy for me to sit here at my computer and criticise him. Well, I’m not guessing, I know how easy it is. I’m in my dressing gown, I’ve got the heater on and I’m eating a pile of buffalo wings.

Except the wings have made my hands all sticky and now the keyboard is coveredinhotsauceandthespacebarisn’tworking.

OK, I’ve fixed it but perhaps this sitting at home criticising people isn’t as easy as people make out.

The Bulldogs were simply awesome. They harassed with the intensity of one of those charity muggers everyone hates.

I mean, that’s who I’d get in to coach a defence in the AFL. The way they work in a group, identify the weakest link and get over failure quickly.

It was reflected on the scoreboard with the Eagle managing a meagre 52 points.

It got so bad that even the umpires found it hard to award Eagles frees and the crowd just booed for the entire second half without pausing. The even booed throughout the three-quarter time break just for something to do.

Of course, this being the Bulldogs, Lin Jong broke his collarbone but aside from that, this was one of the greatest finals victories in the Bulldogs history and if they play like this, things could get very interesting.

If they beat the Hawks next week, they will have done us all a great service.

Hawthorn and Geelong obviously have one of the most epic rivalries in AFL history but it probably was a stretch when Bruce McAvaney started comparing it to the Battle of Britain.

Being Bruce, he in fact linked it to Cyril Rioli, paraphrasing Churchill’s famous “Never was so much owed by so many to so few’ quote and saying it was about Cyril.

It continues a rich vein of footy commentators comparing football to war, despite it being easily the worst comparison ever invented.

I mean, war is important but this is footy.

Of course, it’s possible Cyril Rioli did single-handedly win the Battle of Britain.

He only shot down one German plane but it was the way he shot it down.

It wasn’t the only bit of annoying commentary, all night they kept telling us that ‘small forwards are important’.

They must have repeated this fifteen times, like it was the secret to life or something. Perhaps they were overcompensating because they’re small. I’ve heard people do that.

Luckily, I was distracted by what an amazing game this was. While both these teams seem to win more premierships than we would all like, they do put on a great show.

This was a pulsating affair, a tightly fought contest with everything at stake, like the Battle of Britain but with slightly less property damage and loss of life but exactly the same.

Of course, we all knew that the way the script ran was that the Cats would be just ahead, only for the Hawks to snatch victory from the jaws of defeat.

And that is what almost happened.

Isaac Smith marked just as the final siren went and we all wondered why the footy gods kept doing this to us.

But then he missed. It was so, so sad.

The only downside is that meant the Cats won, the other team that dominates premierships. Hardly a David and Goliath feel good story.

Are the Hawks finished? That’s what they want you to think. They’ll be back, like Daryl Somers.

A tough affair and one that showed the Giants are probably slightly ahead in their development than many thought.

It was a huge win for GWS and built on the solid foundation of the silver platter the AFL gave them.

I can hear the collective howls of both GWS supporters who will point out that the Suns were handed that same silver platter and are not in the same spot.

It is a fair point, a bit like two drivers being given F1 cars when everyone else has a V8 and then pointing out the other F1 driver have crashed theirs.

In fairness to the Giants though, they may have been given every chance but they as individuals and as a team are incredibly impressive. This was a tough final, their first and they stood up to the intense pressure and then some.

It was a true rivalry, there was niggle, injuries and some spiteful moments.

Steve Johnson collected Kennedy high at one point, forcing the Swan to be taken from the field for a concussion test. He was cleared and came back on but Twitter was full of doctors saying he shouldn’t be playing.

From now on, I’m going straight to Twitter for all my diagnostic needs. Is this redness normal?

Shane Mumford will also come under scrutiny for a sling tackle against Kurt Tippett.

Tippett goes to extraordinary lengths to not play his old side. This time suffering a hairline fracture to his jaw, which shows real commitment.

I’ve done a lot to get out of awkward social occasions but never broken bone. It’s a commitment I kind of admire.

The Giants win, plus the way they won, will send many into a fit given the support they’ve received from the AFL.

The outrage has already begun about the AFL letting the Giants play a final at their home ground despite preventing the Swans from doing so and also preventing Geelong doing it in the Prelim.

In fairness, the AFL have said Geelong can play their final at Spotless Stadium too.

The sad reality is, the Giants are hardly alone in being part of the AFL’s social engineering, it just they have had a fair bit more than anyone else in recent memory.

I believe the Giants should exist and are strategically important for the league, they’re just another reminder that the AFL competition is not fair, really for anyone.

It’s just sometimes the unfairness is even more out of balance than usual.

How should Giants fans feel about that? They shouldn’t care in the slightest, annoying Victorians is like someone giving you free desert after a wonderful meal.

Much like the headphone jack, the Kangaroos are finished. Proactively killed off early by their own club.

It’s entirely possible that North may have actually been playing AFL X, with just seven players taking the field for them.

The saddest bit of this performance was the Kangaroos totally lived up to their own club’s opinion of them.

The idea that sacking four players on the eve of finals was some motivating masterstroke was always fanciful and here was the proof.

Even more concerning was that the two top possession getters for the Kangaroos were delisted players.

Now, possessions are not everything, just ask Winston Churchill about Cyril but what it showed was the Kangaroos hardly have the next generation banging down the door.

Adelaide were in cruise control for most of the night with Eddie Betts kicking six-goals and as I’d learnt from the Channel Seven commentary team, small forwards are important.

I believe it was Robert Oppenheimer, who upon watching Eddie’s performance said, “Now I am become Death, the destroyer of worlds.”

The only downside is that Adelaide haven’t had the chance to play a finals standard side yet and now face the Swans at the SCG.

Now that should be interesting. The Swans have both Tippett and Callum Mills out.

Unfortunately, for travelling Crows fans, they’re going to the only city in Australia with less of a night life than theirs.